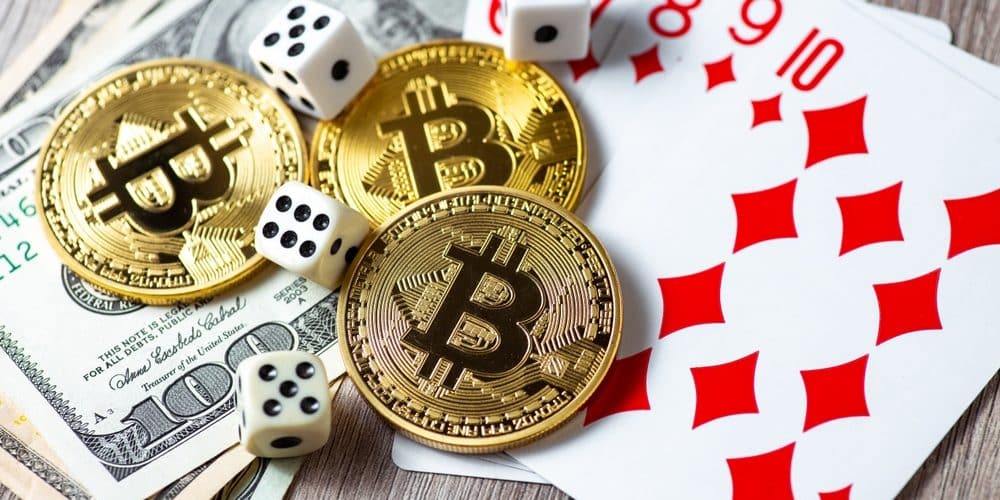 The online gaming and gambling industry has adopted Bitcoin in a big way. Bitcoin has several distinct advantages over fiat currency, which makes it very attractive for online gaming and gambling. The most important has to be that it allows customers from any country in the world to participate without having to get his native fiat currency exchanged into the fiat currency allowed on the site. It cuts out banks and other financial institutions and reduces the cost of transactions. This low cost of transactions, in turn, attracts even more customers, which leads to further growth in the industry — also, the speed of transactions increases. Thus, customer’s transactions are almost instantly updated. Since the complete transaction is in Bitcoins, the cost of converting into different currencies is also avoided.

Online Bitcoin casinos allow the use of Bitcoins to play games like blackjack, slots, and Plinko.

Bitcoins also afford anonymity and privacy to customers of online gaming and gambling sites. Bitcoin is completely decentralized and not controlled by any government body. A user uses cryptocurrency from his digital wallet for online gaming, and whatever he gains is credited back to his wallet. No paperwork, no clearances needed. It uses blockchain technology, which is a distributed ledger with multiple nodes that verify each transaction before updating the ledger. Due to multiple decentralized points of verification, blockchain is considered one of the most secure technologies. In addition to security and privacy, Bitcoins also afford accessibility as the blockchain is accessible to the users who can verify that all their transactions are duly recorded or not.

Some online gaming firms are handing over fully-functional blockchain tools to the users to make their own rules and payment systems with those tools. Thus, blockchain is allowing users to have customized gaming experience.

The adoption of cryptocurrency by the online gaming and gambling industry is set to increase with more mainstreaming of digital money.