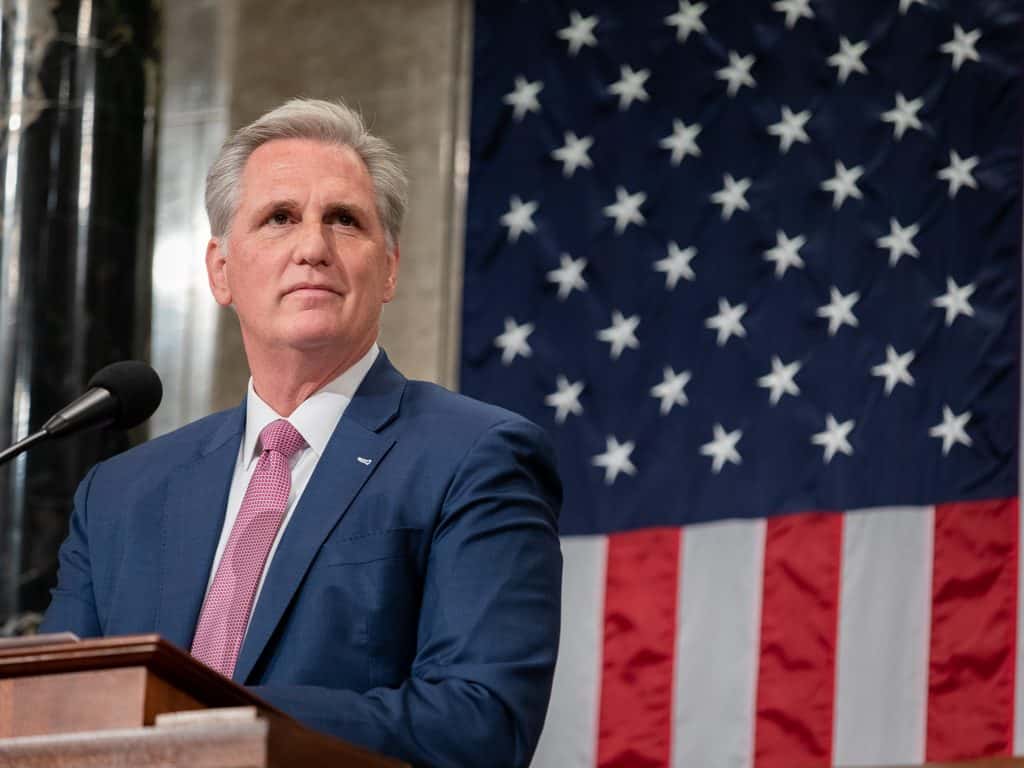 Kevin McCarthy is the the current Republican Minority Leader in the United States House of Representatives claimed that  blockchain technology can make the U.S. government  more efficient and transparent. He said it in a speech before the Select Committee on the Modernization of Congress on Tuesday, March 12. He stated that the blockchain technology has revolutionized the paradigm of security in the financial ecosystem, by further adding:

“Blockchain is changing and revolutionizing the security of the financial industry. Why would we wait around and why wouldn’t we institute blockchain on our own, to be able to check the technology but also the transparency of our own legislative process?”

By citing a couple of examples, McCarthy underlined how embracing innovative technologies through passing new bills in the past has helped government improve its processes. The bills include the Tested Ability to Leverage Exceptional National Talent Act (TALENT) Act, establishing a bug bounty program for the Department of Homeland Security through the Strengthening and Enhancing Cyber-capabilities by Utilizing Risk Exposure Technology Act, and the Veteran Employment Through Technology Education Courses Act.

“Why would we wait around and why wouldn’t we institute blockchain on our own?”“As technology continues to change our life, let’s make sure Congress has the same ability to do it … to make this place more effective, more efficient, and most importantly more accountable,” he further said.

We have an opportunity to take this window to make this place more effective, more efficient, and most importantly, more accountable,” he concluded.

Back in 2007, McCarthy became a member of the U.S. House of Representatives. He served as House Majority Leader for 5 years from 2014 to 2019 and currently acting as House Minority Leader since January 2019. McCarthy, along with a group of U.S. lawmakers proposed the development of blockchain pilot in an attempt to combat infectious fungal diseases, in the month of July last year.

Representatives Doris Matsui and Brett Guthrie proposed “Blockchain Promotional Act 2018,” a new bill to the House of Representatives. The bill aimed to build a team to study the potential impact of blockchain  across the policy spectrum and define technology. On the other hand, two blockchain-related bills were passed by the state of Wyoming. Out of 2 bills, one framed a groundwork for storing certificate tokens which represent the stocks on a blockchain “or other secure, auditable database,” and allowed their digital transfer. The second bill help establish special purpose depository institutions in order to serve blockchain-related businesses as they mostly do not qualify to receive help from federally-insured banks.