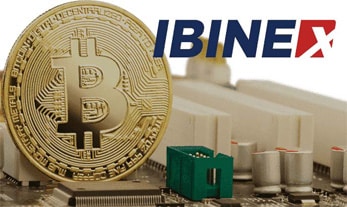 Looking at the company as it is set to trace its path in the European markets.
According to the latest information, it is found that Ibinex, the digital solution provider for exchanges and for the launch of ICOs has become the first crypto currency exchange to gain the license in Estonia. The decision has been celebrated and cherished by the company; however, it is required to understand what it means for the company and its various users to be associated with and to work in the framework given by the European legislation. It seems that this is an opportunity which will open several doors for both Ibinex and the field of digital currency.

Ibinex was established in the year 2014 by Simon Grunfeld, having worked with Forex brokers previously, Grunfeld established this company and registered it as a Grenadines company. The genius of Grunfeld comes into play with not just the idea of the company and the marketing strategy but also the elaborate system which lets him and his team to analyze the requirements of his consumers in a thirty day project and then assist them with the provision of liquidity and other things required to help them gain a volume as well as maintain a consistency with the consumer base.

Along with liquidity measures, this company also assists with the ICO launch and the provision of Hot and Cold wallets. Needless to mention, it also provides intensive security involving encryption codes for its various consumers. Grunfeld has also given a thought to reduce the anxiety and the suspicions surrounding ICO, he says that the only way to reduce the suspicions floating around an ICO is to look at it and examine it carefully, he says that there is a commission whose job is to ensure that there is nothing suspicious about an ICO and only after that does the commission make it a point to sign it.

Another reason which contributes to the prestigious status of Ibinex in the market is that it is one of the major companies providing the solutions for the white labels. Also because up until now, Ibinex has lived up to the standards set by the various licensed bodies.

With the entry of Ibinex in Estonia after a lot of scrutiny and speculation, it is being estimated that the attitudes towards crypto currency are gradually shifting in the European Union as well. Latvia might also tread in the footsteps of Estonia in the future. Moreover, with the development of Estcoin, there would be a chance of revolutionizing the Estonian community and thus influence the other European nations as well in the favor of crypt currency.

The scene of crypto currency in Europe aside, as far as Ibinex is concerned, just like it has not limited itself to the basic functions up until now, it does not intend to limit its functions in the markets of Estonia. It is looking at increasing the efficiency manifold pertaining to the legislation and standards of European markets.

Here is How to Run a Successful ICO Marketing Campaign?